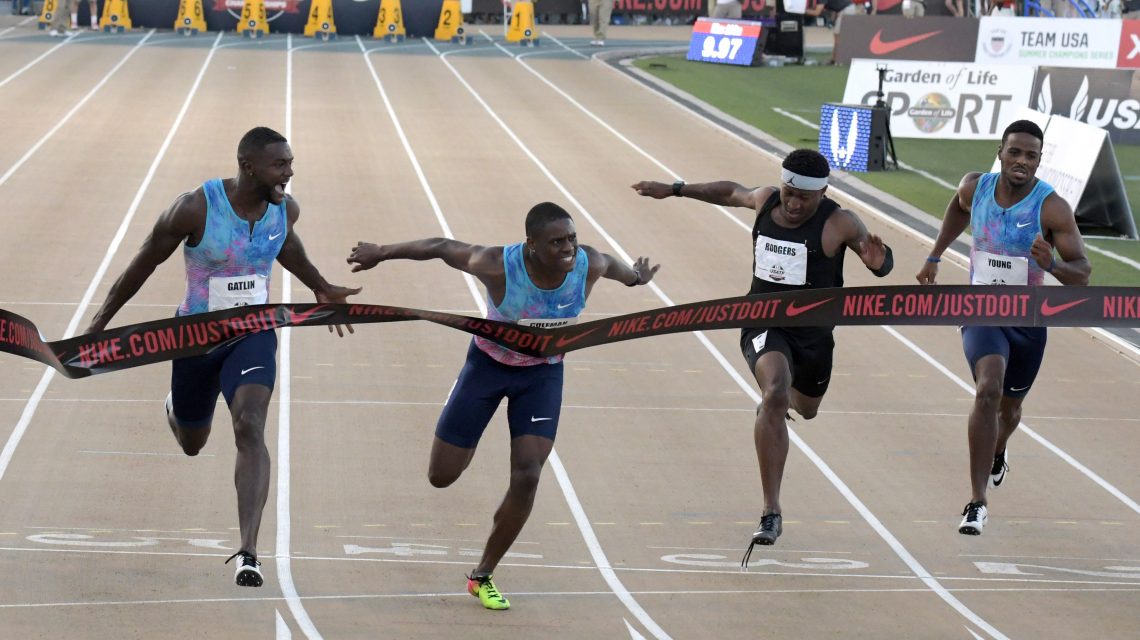 Christian has had quite the eye opening run for a humble, 21-year-old kid out of the University of Tennessee. From being runner-up in both the 100m and 200m at the 2016 NCAA Outdoor Track and Field Championships to setting a new collegiate record of 9.82 in the 100m and being crowned king in each event he competed in, including: NCAA Outdoor 100m, NCAA Outdoor 200m, NCAA Indoor 60m, and NCAA Indoor 200m.

Two short weeks after the NCAA Championships, Christian competed at the USA Outdoor National Championships in both the 100m and 200m. In the Men’s 100m, Christian competed in a heated sub-10 race against one of his idols, Justin Gatlin, who is also a University of Tennessee alumni. Over the course of Gatlin’s 17-year career, he has accumulated 54 legal, sub-10 100m times; while Coleman already has amassed 7 at the young age of 21 years old. Christian was edged out by the all-time, American great sprinter, Justin Gatlin, by only 3 hundredths of a second. A couple days later, Coleman earned the silver medal in the 200m clocking in another top-12 World Leading Time in addition to the 3 others that he already has for the 2017 season.

These races crystallized Christian as not only a competitor on the national level, but this also solidified Christian’s recognition as a true challenger for the Gold Medal this summer at the London World Championships. 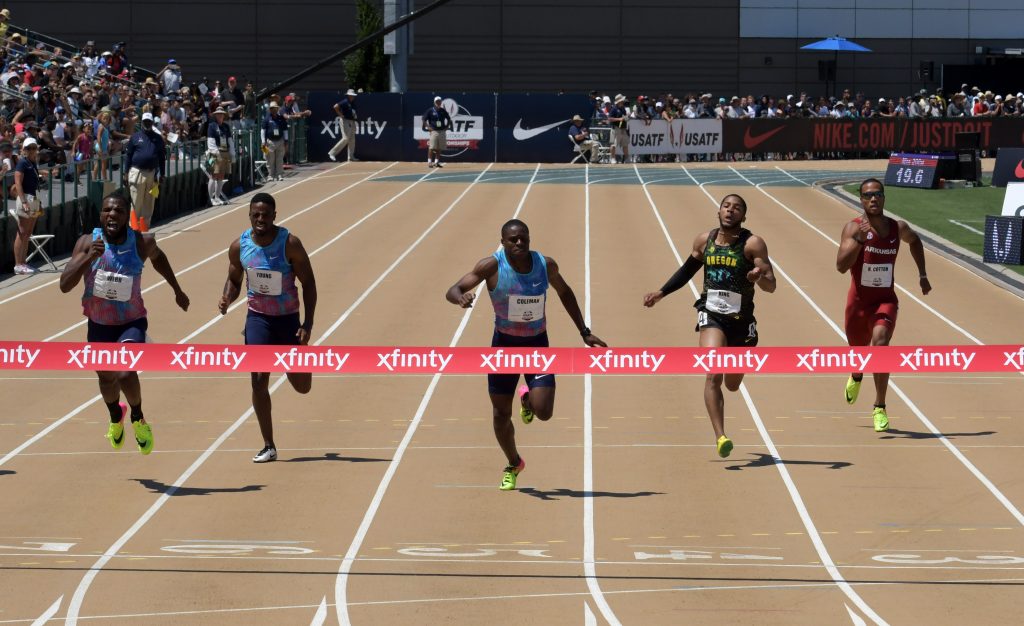