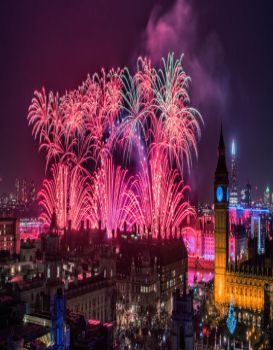 Dawn Nelson – Dawn’s household name is synonymous with perseverance and success. Dawn has now earned herself a record-setting, 7 National Team berths for the American Women’s 100m Hurdles Outdoor Team. Throughout her career, Dawn has won an Olympic Gold Medal (2008), an Olympic Silver Medal (2012), a World Championship Bronze Medal (2011), and she is now in a hot pursuit of accumulating another World Championship accolade.

Christian Coleman – After having dominated the NCAA competition at the University of Tennessee for the past 3 years, Christian will be competing on the international circuit at a major championship for the first time as a professional athlete. Coleman flat out roasted the collegiate pool at the NCAA Championships this year, having been crowned the 100m NCAA Outdoor Champion, the 200m NCAA Outdoor Champion, the 60m NCAA Indoor Champion, and the 200m NCAA Indoor Champion. During that collegiate run, Coleman broke the 100m collegiate record with a time of 9.82 and ran the fastest 40-yard dash ever recorded with a mark of 4.12. At the National Championships at the Hornet Stadium in Sacramento, CA, Christian came up 3 hundredths of a second short of his goal of becoming the national champ; which was a tall order to fill when lining up against the almighty and former idol of Christian’s, Justin Gatlin. Christian has big shoes to fill as he looks to have the torch passed onto him at the World Championships in just a few day’s time, where he will compete in both the 100m dash and the 4x100m relay sprinting events.

Quanesha Burks – Burks is a standout long jumper out of the University of Alabama, who is no stranger to both winning and competing on the international stage. Burks has already won the NCAA Outdoor Championship in 2015, she won the NCAA Indoor Championship in 2016, and she finished top-5 at the World Junior Championships in 2014. Year after year, she continues to improve upon her craft in which she has jumped a personal best of 6.93 at the NACAC Open Championships. All she needs is a spot on the team in order to convince the world stage that she is there for a reason.

Michael Cherry – Cherry, the LSU product, is another new HSI signing that also has experience competing at the international level. At the age of 20 years old, Cherry competed at the World Junior Championships where he was part of the 4x400m Relay Team who took home the gold medal in 2014. More recently, Cherry finished 3rd at the 2017 NCAA Outdoor Championships and qualified for a spot on the 4x400m relay team at the USA Outdoor Championships. Cherry will look to improve upon his 44.67 personal best mark that he set at the National Champs after he competes at the World Championships.

Kyra Jefferson – Kyra has not stopped turning heads after she set the collegiate record of 22.02 to win the women’s 200m on the final day of the NCAA Championships. Kyra is another rising, American star who has earned a Silver Medal in the 200m dash at the Pan American Games in 2015 as well as a Gold Medal in the 4x400m at the Pan American Games that same year. More recently, Kyra earned herself a spot on the Women’s 4x100m Relay Team; as well as being named an alternate for the 2017 USA Outdoor 200m team after a top-5 finish at the National Championships in Sacramento.

Abdullah Abkar Mohammed – Abdullah will be sporting the Green and White, Saudi Arabian kits for the 2nd time in his professional career on the big stage. Last summer, Abdullah represented Saudi Arabia at the Rio Olympic Games, and now he is set to make his World Championship debut in London by competing in the 100m dash. This burgeoning 20-year-old sprinter has already made a name for himself on the Asian Continent by earning himself the titles of not only the Saudi Arabian National Record Holder, but also the Asian Junior Record Holder.