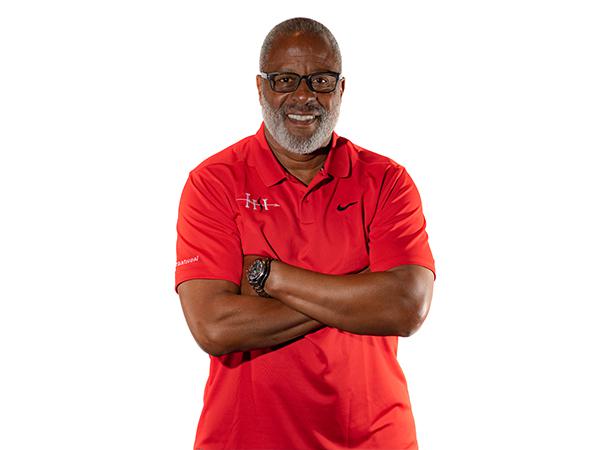 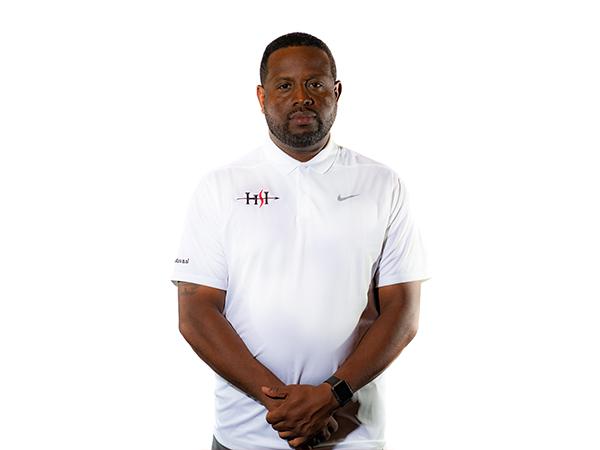 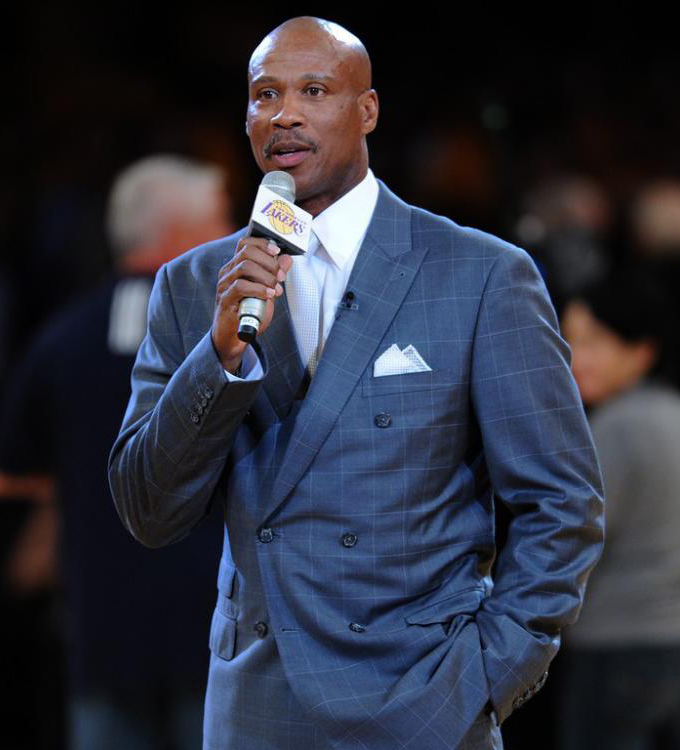 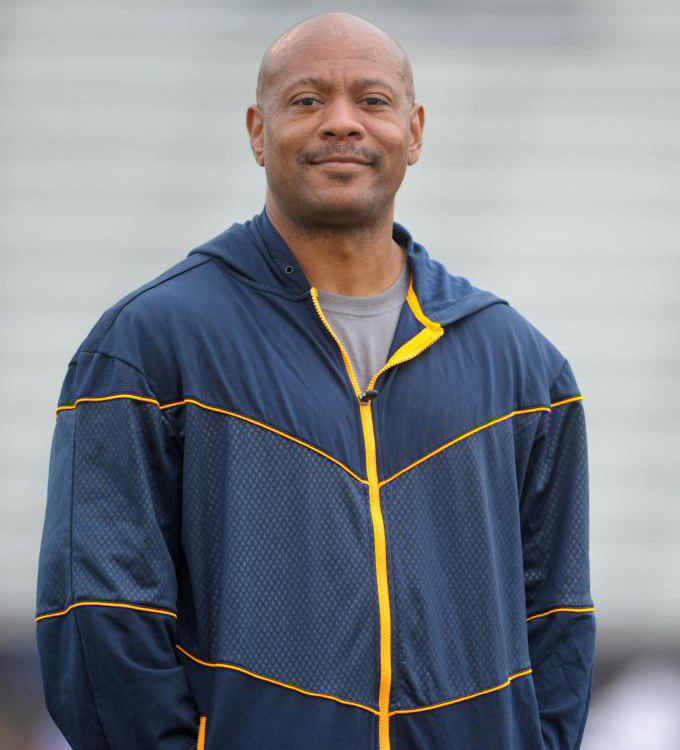 John Walton Smith Jr. is considered the best track & field sprints and hurdles coach in the world. For decades he has produced multiple male and female Olympic and World Championships medalists. He’s earned multiple Coach of the Year titles, and was also the US National Team coach in 2005 for the World Championships in Helsinki, Finland. Some of the greats he’s coached include: indoor and outdoor world record holder Maurice Greene, Olympic medalist – Ato Boldon, Olympic medalist – Quincy Watts, Olympic Medalist – Carmelita Jeter, World Champion – Torri Edwards and many others.

Coach Smith currently coaches a talented group of athletes that includes the likes of: English Gardner (100m – US Champion) and Gil Roberts (400m).

A Los Angeles native, Smith is a former American Olympic athlete who competed in the sprints events during his career. He is best known for breaking the world record in the 440y and winning the men’s 400 meters at the 1971 Pan American Games. He also won the NCAAs in 1971-1972, running for UCLA. Smith was world-ranked #1 in 1971.

Boldon joined the NBC Olympics broadcasting team in 2008, where he served as a track and field analyst for NBC’s coverage of the Beijing Olympic Games. Boldon continued in that role during the 2012 London Olympic Games. Most recently, Boldon served as an Olympic correspondent at the 2014 Olympic Winter Games in Sochi, Russia.

In 1992, Boldon represented Trinidad and Tobago in the 100m and 200m competitions at??the Barcelona Olympics. At the 1996 Atlanta Olympics, Boldon won bronze medals in the 100m and 200m events. Boldon won a silver medal in the 100m, and a bronze in the 200m, at the 2000 Olympic Games in Sydney. Boldon retired shortly after the 2004 Athens Olympics, where he helped lead his country’s 4x100m relay team to their first-ever Olympic 4x100m relay final.

Boldon wrote, produced and directed the film “Once In A Lifetime: Boldon in Bahrain”. The documentary chronicled his voyage with fellow Trinidad and Tobago fans to the Kingdom of Bahrain, as the Trinidad and Tobago soccer team became the smallest country to qualify for the FIFA World Cup.

In recent years, Johnson has gained notoriety for his coaching accomplishments with both collegiate and professional athletes. In 2013 at the USATF annual meeting, Johnson was honored and named USA Track & Field’s Nike Coach of the year.

Scott has also served as an NBA All-Star Game head coach on two occasions: 2002 (Eastern Conference) and 2008 (Western Conference). He’s one of only seven coaches to earn the honor in each conference, five of whom have been elected to the Naismith Memorial Basketball Hall of Fame in a coaching capacity. Scott also became just the eight coaches in NBA history to win Coach of the Month honors in both conferences when he garnered the honors for the Western Conference in January 2008.

In his head coaching role with the Cavaliers, Scott developed a number of young Cavaliers players, including Kyrie Irving and Dion Walters, and topped his previous win total each successive season in his three years with the rebuilding Cavs. Among his other coaching achievements, Scott was at the helm for the best season in franchise history of two teams: the 2007-2008 Hornets who went 56-26 (.683) and the 2001-02 Eastern Conference Champion Nets who went 52-30 (.634). The ’07-’08 campaign was 17-win improvement from the previous season in New Orleans, and resulted in an appearance in the Western Conference Semifinals. Scott also saw marked success in his second season with the Hornets during the 2005-2006 season, leading the team to a 20-win improvement (the NBA’s best that year) from his first season, despite hurricane Katrina displacing the team from New Orleans and playing in four different home arenas throughout the season. Scott had a similar impact in his first head coaching stop, improving the Nets by 26 wins between his first and second seasons, making the sixth-largest improvement in NBA history.

Prior to his successful coaching career, Scott enjoyed an outstanding NBA playing career, spending 11 of his 14 seasons (1983-93 and the 1996-97 season) with the Lakers and helping the purple-and-gold to three NBA Championships (1985, 1987, and 1988) and six NBA Finals appearances as an integral starter during the ‘Showtime’ era. Originally selected in the first round of the 1983 NBA Draft (4th overall) by the San Diego Clippers, Scott became a Laker on October 16, 1983 when the Clippers traded him.

A consummate winner, Scott reached the postseason in 13 of his 14 years in uniform, tallying 183 postseason games (122 starts), posting career playoff averages of 13.4 points on 48.2% shooting, 2.9 rebounds and 2.1 assists in 29.3 minutes per game. His 183 career playoff appearances ranks 11th all-time in NBA history.

The 1983-84 NBA All-Rookie First Team selection saw his NBA playing career come full-circle after signing with the Lakers as a free agent prior to the 1996-97 season following stints with Indiana (1993-95) and Vancouver (1995-96), when the 35-year old shooting guard mentored 18-year old rookie, Kobe Bryant. After retiring from the NBA following that year, Scott played the 1997-98 season overseas, winning a championship for Pananthinaikos in Greece before moving into coaching.

Most recently, the Arizona State University Hall-of-Famer was an on-air talent for Time Warner Cable SportsNet programming last season. His broadcasting experience began during the 2003-04 season when he served as a studio analyst for ABC’s NBA telecasts and continued during the 2009-10 season when he was an analyst for ESPN’s coverage of the NBA.

Maurice Greene (born July 23, 1974) is a retired American track and field sprinter who specialized in the 100 meters and 200 meters. He is the current 60m World-Record Holder and former 100 m world record holder. During the height of his career he won four Olympic medals and was a five-time World Champion. This included three golds at the 1999 World Championships.